On the 2nd of October 1953 all 4 cars were lined up in front of the house of Mr. and Ms. Boschmans in Brussels. They would leave for the Dutch border where they had to clear their first border crossing, accompanied by Mr Mathieu Van Roggen, who was checking up on the latest details of his vehicles. From then on their journey continued eastwards, 15000km to Bombay (now Delhi).

A complete and detailed account of the expedition and many photos can be read in the publication “Legend” of the Land Rover Series One Club.

More detailed pages about the trip itself will be added online later..

A 15min film was made by the director Pierre Levie featuring the crew and their vehicles, this was the film that Van Roggen had commissioned to showcase the vehicles he was assembling. 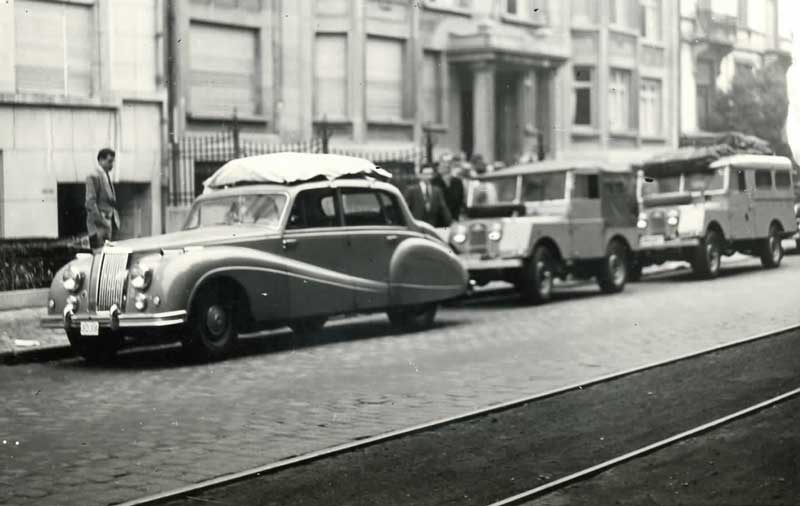